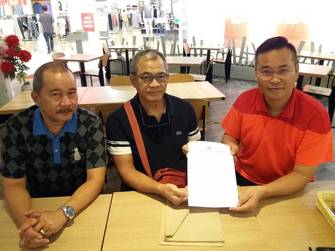 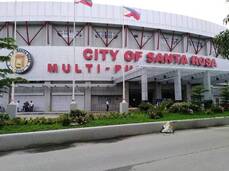 For the first time in a decade, Santa Rosa city will host the  side event of the 10th Asian University Basketball Championship (AUBC) from November 18 to 23.

Six collegiate teams, including a pair of foreign entries from the People’s Republic of China and South Korea, are taking part in the prestigious regional competitions to be held at the tradition-steeped Santa Rosa Sports Complex.

The local participants will be spearheaded by the top schools from the Laguna Colleges Universities Athletic Association (LACUAA) and other regional club.

A University of the People’s Republic of China and a University of South Korea, both countries which had won  AUBC champions, will be around to test the mettle of the best collegiate squads from different regional collegiate from the North and South.

This was in cooperation with the Basketball Association of the Philippines (BAP) in Laguna Provincial Chapter represented by  Leonardo Andres Sr. with the Asian University Basketball Federation (AUBF) Secretary-General Alvin Kwong and witnessed by BAP Board Secretary Ruel Roa Daba.

Huaqiao University, on the other hand, whipped local bet University of the Visayas (powered by a young Greg Slaughter) during the 6th AUBC finals held in Cebu City in 2008. An international school, Huaqiao is located in Xiamen, China and has been supportive of AUBF activities since 2005.

In 2011, Guangdong University of PROC bested a Taiwanese squad to annex the crown at the Bintulu Stadium in Sarawak, Malaysia.  The following year, the University of the East Red Warriors, led by Roi Sumang, Chris Javier and Cameroonian import Charles Mammie, ascended to the AUBC throne in hostilities held at the Trinity University of Asia in Quezon City and participated in by foreign schools Hangtuah University of Indonesia and Universiti Technologi MARI of Malaysia.

Honorable government officials from Laguna Provinces will be the guest speaker during the AUBC opening ceremony.

The CM Farm-UV Green Lancers trailed 32-30 at halftime but ran off 13 consecutive points at the start of the third quarter to go ahead, 43-42.

The 2012 NSBC Defending Champion Jose Maria College Kings never recovered from the offensive onslaught and fell behind by as much as 21 points in the six-team tournament organized by the Basketball Association of the Philippines (BAP) President Senator Antonio Trillanes IV and BAP region 10 officials led by Karl Fortich and Ruel Daba in coordination with municipality of Don Carlos Mayor Felix Manzano and his Vice Mayor Jude Palmada.

UV’s 17 year old Cameroon recruits Nlzelssed and Akomo combined for 17 markers. JMC was led by Martinez and Bob Ombecan with 15 points each.

Escosio and Abad were named co-MVPs of the tournament that included games being played in the towns of Dangcagan, Maramag and Quezon in this championship qualifying to the 10th Asian University Basketball Championship which will be held in September in Manila.

The Championship is in cooperation with the Federation of School Sports Association of the Philippines (FESSAP) and supported by AgriNurture Inc (ANI), San Miguel Corporation, Bestank, H2O Technologies Philippines, Healthy Options, and Cobra Energy Drink.

Cagayan de Oro College took third place with a 95-73 rout of the University of Luzon Tigers from Dagupan City.

The Felix Belano-coached Green Lancers, who lost to the South Western University in the 2012 CESAFI finals, were bolstered by Cameroon recruits Nlzelsses and Babia, who tallied 35 and 17 points, respectively. Codilla also chipped in 17 markers.

University of Luzon from Pangasinan split its two assignments. The Dagupan based team, which is supported by Dagupan City Vice Mayor Belen Fernandez and BAP region-1 Board Chair Jack Vidal, beat Philippine College of Foundation of Valencia, Bukidnon, 101-64, behind 15 points by Dennis Cuaresma and 13 each by Jeffrey Vitales and Kevin Sespene.

The champion of the 5th NSBC will qualify to the 10th Asian University Basketball Championship in September 2013 in Metro Manila hosted by the Federation of School Sports Association of the Philippines (FESSAP), Asian University Basketball Federation (AUBF) and the BAP, with support from Agri Nurture Inc (ANI), Cobra Energy Drink, San Miguel Corporation, Bestank and Healthy Options.